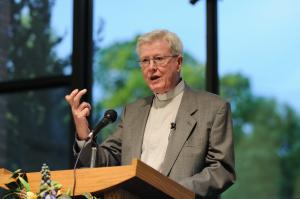 Australian Bishop Geoffrey Robinson’s talk on the twelve areas with in Roman Catholicism which need reform, or as he might say, attending to. It’s a very comprehensive list. The following is a list of the Robinson’s 12 points and Brian’s short description. The video (below) is just over 26 minutes and well worth watching.